Can you build a company, not just a product?

Can you build a company, not just a product?

And sometimes that idea is just too small a slice of the big picture to be interesting to investors.  There was a recent investor event where I was keynote speaker, on stage only after several panels of experts had wowed the audience with their predictions and observations.  One of the panelists made a point that resonated with me.

“Just a button, on a feature, in an app” 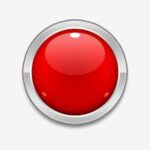 She stated that she had rejected the investment being discussed, because in her mind the entire company was “just a button, on a feature, in an app.”  That comment sent me thinking about relevance, about longevity, and about market size for some of these entrepreneurial applicants looking for funding.

Can you envision round two?

So, what is your goal? If you have invented a game that will be marketed as a new app in the app store, have you created enough of a model to create an ongoing company, or just another app that will compete with the millions  already in the store?  Is your game using a unique engine, or series of animated characters, or method of play that will break ground with potential players, inducing them to look to you for more and more unique games over time?  Or higher and higher levels with more purchased items for play?

How does an investor react? 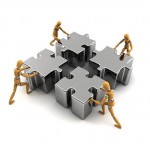 Far too many companies have been created around a button on a feature, and not upon a solution to a need in answer to a void in the market.  Investors have seen this game before.   We match what we see to what has succeeded for us in the past.  And rarely do we see a plan for a single product that is not part of a larger vision and remain interested long enough to ask for more information.

The famously popular iPad throw-away app, “Draw It,” might at first seem an exception, until you dig deeper to find a dense plan around a series of social engagement products planned to follow.   Can you extend your product into a planned series?   Plan to create apps, not buttons, and not features.