Is there gold in your old intellectual property?

Is there gold in your old intellectual property?

Digging through your IP closet for gold…

In past years, several times a month I’d have lunch with one of my CEOs, and each time 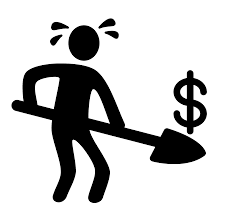 we’d find ourselves digging into the intellectual property developed by the company over the years, just to refresh ourselves about what the intended use was back then and whether new developments or technologies might make these older ideas and patents relevant again.

Finding connections with a fresh set of eyes

Since I have been involved at the board level with so many companies over the years, sometimes I can see connections that might be missed by a CEO with a singular focus. So, I was surprised and excited when one of these verbal fishing expeditions during a lunch brought up a technology the company had patented years before and forgotten.  The Internet was young back when the patent was first filed by the Company, and their patented product allowed a visitor to dial into a computer (does anyone remember dial-up electronic bulletin boards?) and be redirected to a screen form that would allow the user to identify themself, pay any fees required for use and agree to the terms of service. Sound familiar?

Thinking of other uses outside that older box

From my more recent experience, I recognized that this describes exactly what every guest must do when attempting to gain access to the Internet in a hotel, or Starbucks, or any of thousands of public places. It wasn’t about paying for service we now expect at no extra cost just about everywhere, it was about a patent that covered that expansive service. I recalled that there was a patent war already in full swing in this very segment, centered about who was first to file a patent in just this use case.

Could your patent be older than the presumed leader?

t turns out that our patent was years ahead of those others and was general enough to cover all forms of guest access to the Internet, not just dial up as originally intended. The CEO directed the Company to begin  what turned out to 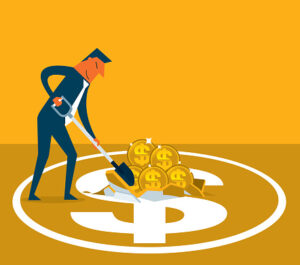 be years of user challenges, a profitable licensing effort or alternatively lawsuits to protect the patent when that was required. Lots of work and millions of revenue in return. Don’t get me wrong though. It is expensive and risky to pursue patent offenders. Larger corporations will attempt to challenge the patent and draw a company into an involuntary fight using the US Patent Office as the battleground. One such company dropped 2,600 pages of documents on the desk of the patent examiner in its attempt to invalidate the Company’s patent.

Do you have some of that hidden treasure?

Intellectual property is the principal asset of must every technology company. The value of old patents cannot be easily estimated as new technologies reinvigorate those patents for new uses, such as the one we discovered during that fateful lunch. So: do you have hidden treasure in your vault?