Of those no longer active:

If one had invested $25k in each of the 462 investments, this would be $11.6 million invested. You would have:

How does this 5.3x realized return on all dispositions compare to averages for Angel Investing? Dr. Rob Wiltbank has done the most extensive study of returns for Willamette University and the Angel Resource Institute, and he recently presented his results at the annual Angel Capital Association Summit in May 2016. The summary shows that the 5.3 x return by Tech Coast Angels compares favorably to the 2.5x measured by ARI in 2016, as well as earlier studies. TCA’s 26% IRR is slightly higher than the 22% measured by ARI, TCA’s hold period of 4.8 years is slightly longer than ARI’s 4.5 years, TCA’s percentage of exits returning less than 1x is slightly better at 67%, and the concentration of exits in the top 10% is slightly higher at 90% 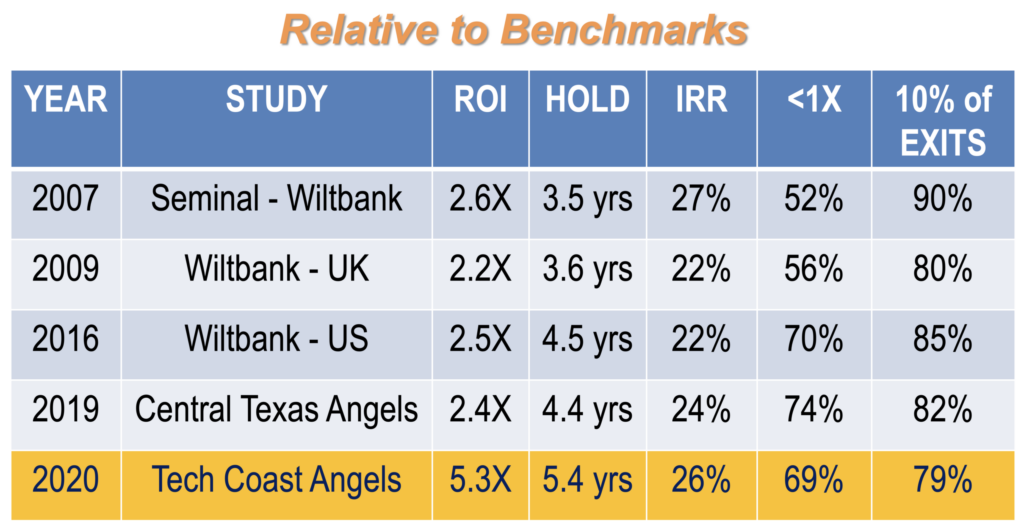