Timing is everything in a sale.

Timing is everything in a sale.

Almost anyone who has sold a company has a story to tell about their good deal, the

problems with the buyer, a last-minute change of terms, or more.

I have saved this next story until now because it is one of my favorites, and certainly illustrates the point about timing being a combination of luck and skill as well as anything I could devise from fiction.

The background for my story

The year was 1998. After presenting a “state of the company” report at a national meeting of resellers for a company where I sat on the board, I was approached by one of the audience members, complimenting my presentation and stating, “I have a problem.  I’ve been offered $15 million for my company and my partner is suing me for all I am worth. What can I do?”

The fabulous contradiction – and opportunity 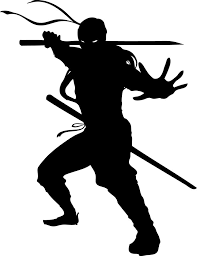 I promised to come and see him at his office the very next week.  What I discovered was a contradiction that was too intriguing to ignore.  The company of eight was engaged in web design, which, early in the growth of middle-sized business on the web, was hot at the time.

And yes, his partner had a valid suit, having been locked out of the web-design business and denied access to decisions and accounting information. But the real asset became obvious to me at almost exactly five PM that day, when all eight stopped what they were doing and began using a tool they had licensed from a Florida company to find other Internet gamers to join them in playing intense first party shooter games over the ‘net.

The tool it turns out had been posted on the company’s website and downloaded by over a million gamers – a big number at the time when – just a few years earlier, AOL had passed its first million users. Over a million of these gamers clicked to the company’s game web site each month for new information and to form an early Internet game community.

How the industry was growing around the company

The surprise I could not ignore

I did forget to tell you that on that day looking into the company’s books I discovered that neither the company nor its founder had filed Federal income tax returns during the three years in business, didn’t I?  And there were other quite obvious problems, unattended to, along with the partner’s suit hanging over their heads.

My immediate reaction and offer

I immediately agreed to come aboard at no cost to clean up the corporation, deferring my investment until that was done.  I negotiated a settlement with the partner for $100 thousand which I paid, then filed all of the overdue tax returns of various types, and cleaned up the books.  Offering to reincorporate the game company as a new entity to avoid any more surprises, the entrepreneur and I negotiated 10% for my $100 thousand, with the remaining 90% for the founder.  In addition, I loaned the new company $150 thousand for working capital.  By this time there were not one but four million registered users.

And then, unbelievable value growth

Within three months, we easily obtained $3 million of investment at a pre-money 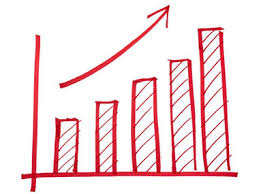 We now jump forward to February 2000, 14 months after formation of the company.  Another major competitor in the industry, directly competing with one of our investors, offered $140 million for 49% of the company in a combination of equal cash and stock in its public entity, valuing the $1 million company at $285 million just a little after a year from incorporation.

Fast forward a month to a meeting between a senior executive of the buyer, our hero the entrepreneur, our corporate attorney and myself.  It became obvious during that meeting that the buyer intended to operate the company as if it alone was the owner-manager. Our entrepreneur balked at the boldness of that statement. Everyone withdrew to consider a response.  And so, a mere month before the crash of the Internet bubble, the buyer withdrew the offer.  Even if some of us were unhappy with what was almost a home run opportunity lost, we went back to the work of building the company value.

And a month later the Internet bubble burst.

It took almost four years to sell the company for over $60 million, not at all a bad outcome for us founders and the early shareholders.  And I do need to note that the entrepreneur in the meantime became a model executive of our still-growing company, much more mature and understanding of market forces than that fateful day in February 2000.

Could I have found a better example of “Timing is everything”?  The lesson: Look for cycles in your business and in the marketplace.  There are natural high points in one or both that may not be obvious until looking back.  But they occur often enough to watch for and take advantage of if ready to make the run for a liquidity event.